Showing posts from July, 2009
Show all

The first territory that the devil invaded on his crusade to usurp the authority of God among men was the arena of human knowledge, wisdom and understanding. It was in Eden, where he enticed the bride of the “first Adam” to eat of the fruit of the tree that imparts knowledge – an offer of wisdom apart from the divine program. The fact that the devil went for the realm of knowledge first isn’t a coincidence but proves that he knew something all along. As I noted in THE NEXT WAVE , knowledge, or know-how , is at the foundation of all human activity. If you would have dominion on the earth, as God planned for Adam and his descendants, you only have to be competent at something . And if you are good enough and know how to exploit it, you can bring the world to your feet. Testimonies to this truth abound around us, even among the ungodly and rebellious. Notice how the devil baited Eve with his dubious offer of knowledge: “Ye shall be as gods” (Genesis 3:1-5). Did he lie? No, God
Post a Comment
Read more

SHARPENING SHADOWS – THE STEADY EVOLUTION OF THE PROMISED KINGDOM

Three weeks ago I wrote about the invitation given to John on Patmos, “Come up hither, and I will shew thee things which must be hereafter .” As we learnt, he went on to see a heavenly scene comprising One that sat on a central throne, twenty-four crowned Elders and four Beasts (likened to a lion, an ox, a man and an eagle). These characters, as we discovered, were a symbolic representation of the composition and organization of the “Armies of Heaven,” the Royal Priesthood of Christ and His redeemed saints, that will “reign on the earth” as “kings and priests” in the millennial kingdom ( click here to read KINGS AND PRIESTS ). John’s experience wasn’t a new thing but only an announcement of the next stage in the evolution of a divine purpose that was first unveiled in a similar way. Yes, when Moses was to build the Lord’s Tabernacle in the wilderness, he was charged to “make all things according to the pattern shewed to thee in the mount”
3 comments
Read more

Last week I wrote about the TIMES AND SEASONS of the promised earthly kingdom of the Lord Jesus Christ ( click here to read). I noted that, while there were some who expected the kingdom to be established around the turn of the 21st century, it didn't happen that way. Nevertheless, we still didn't right them off, considering that the Lord had actually predicted a delay. But as I also noted in closing, something providential actually happened at that time that went unnoticed by the world. A remarkable testimony about the kingdom that was expected to be established at that time was given – by none other than “the keepers of time.” Now, I have always felt that the very name of the globally renowned TIME magazine is significant. The Lord said of the “signs of the times” that lead up to the establishment of His kingdom, “And when these things begin to come to pass, then look up, and lift up your heads; for [the time of] your redemption draweth nigh” (Luke 21:28). How would I a
1 comment
Read more

TIMES AND SEASONS – WHEN WILL THE KINGDOM COME? 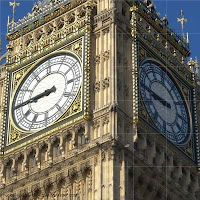 There was a time when “Jesus is coming soon” was a slogan of sorts. Saying something like that these days might be considered “narrow minded,” if not offensive. Nevertheless, the coming of the Lord and the establishment of His kingdom is something that every believer should constantly keep in sight. It is our “blessed hope” (Titus 2:13). Indeed, I was planning to write about something else this week and only intended to mention the “times and seasons” of His coming in passing. But considering the sensitivity of the subject and how I could be misunderstood, I decided to devote the week to it. According to the Genesis account, God created Heaven and earth in six days and entered a seventh day Sabbath. Whether these were seven literal days or seven symbolic days of a thousand years each (see II Peter 3:8), is a matter to be debated. There, however, is – or perhaps, used to be – a popular opinion that in as many “days” as it took God to finish that cr
Post a Comment
Read more
More posts
And the kingdom and the dominion and the greatness of the kingdoms under the whole heaven shall be given to the people of the saints of the Most High; his kingdom shall be an everlasting kingdom, and all dominions shall serve and obey him (Daniel 7:27)