IN MY FATHER’S HOUSE – THE ULTIMATE PURPOSE OF THE KINGDOM 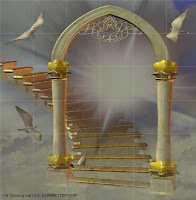