Showing posts from September, 2009
Show all

KINGS: THE FIRST OFFICE HOLDERS OF THE KINGDOM 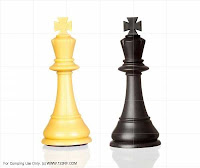 Last week I began an attempt at interpreting the heavenly pattern of the Armies of Heaven , comprising Christ and His redeemed saints, that will establish and rule over the promised kingdom . Our focus was on the reason why John saw twenty-four, and not twelve, crowned and enthroned Elders in the pattern. This, we learnt, was an indication of the global extent of the kingdom, encompassing Jews and Gentiles. The twelve thrones that the Lord mentioned, while His ministry was still restricted to the Jews, had been multiplied by two to incorporate the Gentiles. This global kingdom was captured as The Commonwealth of Israel . Now, here’s my broader revelation of the implication of the heavenly pattern that John saw. Inasmuch as the twenty-four Elders are crowned and enthroned , they are the literal king the testimony of redeemed “kings and priests” to “reign on the earth” in the kingdom – that is, the literal kings under Christ the “King of kings.” They represent the first-office ho
Post a Comment
Read more

THE COMMONWEALTH OF ISRAEL – THE GLOBAL EXTENT OF THE KINGDOM 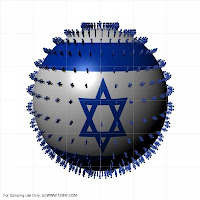 In Kings And Priests we discussed John’s trip to Heaven, where he saw a symbolic representation of the composition and organizational structure of the Armies of Heaven, comprising Christ and his redeemed saints, that will establish and reign over the promised kingdom. The heavenly pattern he saw comprised One that sat on a central throne, twenty-four Elders on lesser thrones, and four Beasts, likened to a lion, a calf, a man and an eagle (see Revelation 4:1-5:10). In this article we will begin an attempt at interpreting some specific aspects of this pattern, by which I hope we would gain further insight into our coming earthly reign with the Lord and receive practical motivation to “keep the faith” in the midst of present challenges. This is what the apostle meant by “the eyes of your understanding being enlightened; that you may know what is the hope of His calling, what are the riches of the glory of His inheritance in the saints” (Ephesians 1:17,18, NKJV).  The first question that s
Post a Comment
Read more

A HOUSE OF CARDS – THE FUTILITY OF “KINGDOM NOW” 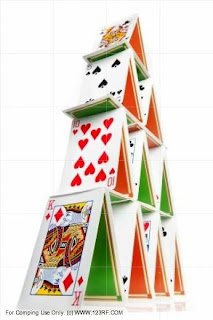 Three weeks ago, I mentioned the “Boko Haram” crisis that rocked parts of Northern Nigeria. A newspaper article on the incident had forced me to send a “beware” to kingdom citizens about the dangers of becoming inappropriately obsessed with the promised kingdom of our Lord to the detriment of our fortunes in the present time. But it is evident that we’ve been having a hard time achieving the balanced attitude proposed in the article. Why do I say that? Another “tsunami” – as it has been dubbed in the media – has ripped through Nigeria, leaving in its wake the necessity of yet another warning. This time around, it is about the dangers of getting unduly entangled “with the affairs of this life” (2 Timothy 2:4) to the endangerment of our heritage in the coming kingdom. Before the outbreak of the present turbulence in the Nigerian banking industry, there had been the rumor, including in the international media, that all was not well with Nigerian ba
Post a Comment
Read more
More posts
And the kingdom and the dominion and the greatness of the kingdoms under the whole heaven shall be given to the people of the saints of the Most High; his kingdom shall be an everlasting kingdom, and all dominions shall serve and obey him (Daniel 7:27)