Showing posts from October, 2009
Show all

THE DESIRE OF ALL NATIONS 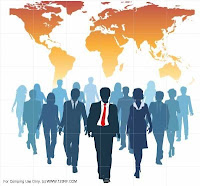 What we have been learning about the envisioned language nations of the Millennium and their territorial inheritance is one reason why the Anointed One’s coming to establish the promised kingdom is described as the coming of “the desire of all nations.” It answers the deepest aspiration of all ethnic groups of the earth: a land and nation of their own . “And I will shake all nations [the present ethnic conglomerations of nations are falling apart!] and the desire of all nations shall come : and I will fill this house [the millennial Temple in Jerusalem, the focus of the global kingdom] with glory, saith the LORD of hosts. The silver is mine, and the gold is mine, saith the LORD of hosts. The glory of this latter house shall be greater than of the former, saith the LORD of hosts: and in this place will I give peace , saith the LORD of hosts” (Haggai 2:7-9). That’s when the lofty aspirations of the proposed New World Order, as captured in the speech of former United States president
Post a Comment
Read more 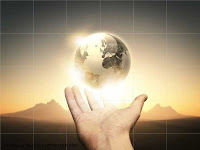 “But there are only about 200 nations in the world today,” you say, having read my previous article in which I envisioned 6,000 language nations for the promised kingdom of our Lord . You’re right, and that’s because we’ve tolerated too much of the latter-day wine of Babel, man’s own brew of confusion. We’ve thrown and bundled the people together till the world has been afflicted with the killer disease of ethnic strife. From the Americas and the United Kingdom in the west, through the Balkans, looking southwards into Africa – not overlooking my home country Nigeria, a classic case of how ethnic conglomeration can be a pain in the neck and a stumbling block to progress – and all the way into Russia, the Middle East and the Far East, we’ve seen men at arms, exacting the heavy toll of millions of lives, all because of a self-serving agenda that unequally yoked them together. “But did you say 6,000 nations ? What small territories those would be.” Well, going by the total surface ar
Post a Comment
Read more

Last week , I proposed a twofold significance of the twenty-four Elders of the heavenly pattern of the Armies of Heaven , comprising Christ and His redeemed saints, that will establish and rule over the promised kingdom . First was their representation of the twenty-four-man “Supreme Governing Council,” under Christ, of the entire kingdom. And second was their representation of the twenty-four-man “Provincial Governing Council” of each of the constituting provinces, or nations, of the global kingdom. This latter perspective of the Elders raised the question of the full number of those represented in them, and by implication the full number of the nations that will constitute the kingdom. This article will attempt to answer that question by tracing the promise of the kingdom back to the promise God made to “Father Abraham.” God said to Abraham, “And I will bless them that bless thee, and curse him that curseth thee: and in thee shall all familie
Post a Comment
Read more
More posts
And the kingdom and the dominion and the greatness of the kingdoms under the whole heaven shall be given to the people of the saints of the Most High; his kingdom shall be an everlasting kingdom, and all dominions shall serve and obey him (Daniel 7:27)