Showing posts from December, 2009
Show all

SOMETHING DIFFERENT, SOMETHING NEW (3)

(This is the concluding part of a personal testimony that was prompted by the Facebook page that I launched about a month ago. We will pick it up where the previous part stopped. To read the first part of the article, click here . To read the second part , click here .) In this night vision I saw what looked like a small television screen. On the screen was the shadowy outline of and inverted human bust, the part of the body that appears in a passport photograph. (Of course I am building up to the reason for putting up my Facebook page and this might ring a bell in the minds of those who are familiar with the medium. It calls to mind the bust outline that appears in the profile of a Facebook subscriber that has not uploaded a profile picture.) As I looked on in the dream, the image on the screen gradually became clearer until I could see it distinctly and upright. It was the image of Evangelist Mike Bamiloye, founder and executive president of the Mount Zion Faith Ministries Intern
Post a Comment
Read more

THE REASON FOR THE SEASON 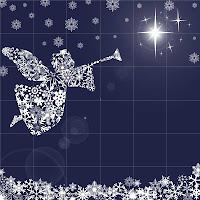 It was my plan to write a special article for this Christmas week, which I was going to title JOY TO THE WORLD.  I was watching out for the time to tackle it, and when it didn’t come the way I expected and time was running out, I forced myself into the work. I started to type, expecting the inspiration to hit and carry me on, but I just didn’t seem able to strike the right chord. My delay and inability to tackle the work were apparently due to the “issues of life” I had been swamped with in the last few weeks, and so I eventually accepted my limitations and gave up the struggle, which I was evidently loosing. I decided to let my last article run for another week. I put a note on this blog to that effect and was going to follow it up with a status update on Facebook. As it turned out, it was right there on Facebook that I found what might be the providential hurdle over the block I had come up against. One of my Christians friends, Ron Millevo, had posted a status in which he shared a p
2 comments
Read more

(NB: This is in continuation of a personal testimony begun last week, prompted by the Facebook page I recently put up . We will pick it up right where I stopped. To read the first part of the article, click here .) Since my early years, there had been the indication of this Christian writing ministry I have been called to. Not only were my writing and expository gifts noted and commended by my teachers, but the first explicit signal of where I was headed for might have been given during my second year in the university, when I wrote and posted copies of a Christian article on notice boards on campus. Then it got to where I formed the habit of writing messages on lecture room boards, especially at night, to welcome the students in the morning! So consistent and secretive were these night ‘missions’ that my closest friend, who was in a different faculty, was surprised when I eventually revealed myself as the culprit. I continued my writing and free distribution of articles after gradua
5 comments
Read more

SOMETHING DIFFERENT, SOMETHING NEW (1)

The “something different” about this article is its departure from the usual expository/exhortatory trend of my articles. This is more of a testimony that was prompted by something I recently decided to do. This “something new” is the Facebook page I recently put up, titled THE KINGDOM HERALD – DAVID OLAGOKE OLAWOYIN , which has given occasion for me to say something about myself and my venture into Christian ministry. Like every one who has stepped into the public eye to take a stand on something – especially one that could stir emotions – the reactions I have received have constituted a mixed grill. There have been some really impressive and quite flattering feedbacks, but as you would expect, they’ve been spiced with some not-so-flattering, even caustic, ones. Some might therefore be asking, “Who’s this fellow anyway.” And there are those who have known me all along and might be wondering how I came to “wearing a collar.” What I will be sharing with you here is by no means a full
Post a Comment
Read more
More posts
And the kingdom and the dominion and the greatness of the kingdoms under the whole heaven shall be given to the people of the saints of the Most High; his kingdom shall be an everlasting kingdom, and all dominions shall serve and obey him (Daniel 7:27)