THE ACADEMY OF HEAVEN 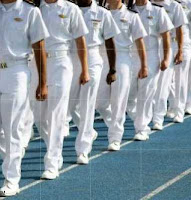