THE NEW NAME OF CHRIST THE KING 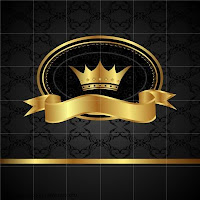 “To him that overcometh will I give to eat of the hidden manna, and will give him a white stone, and in the stone a new name written, which no man knoweth save he that receiveth it” (Revelation 2:17).
In my previous article I shared my insight into this glorious promise of the Lord to the victorious Christian. I revealed how the promised new name – known to none other than the bearer – is not a beckoning one, but one that depicts his capacity, the know-how that he acquires from partaking of the hidden manna, which is the  part that he will supply to the overall mission and dominion of the Armies of Heaven over the promised kingdom of the Lord. The white stone in which the name is contained is the token of that capacity and can be considered as the certificate of the believer’s graduation from the Academy of Heaven, where the capacity is acquired.
This present article is a short appendage to that previous one. In fact, the material contained here could have been included in the previous article, but I left it out to keep the article from getting too long.
You would recall that when we saw the Armies of Heaven breaking out of the blues on white horses, the lead Rider, Christ the Commander-in-Chief, had “a name written, that no man knew, but He Himself” (see Revelations 19:11-16). Could you have figured that out any other way apart from what we learned in the previous article? Especially considering that a name was literally written on His vesture, “KING OF KINGS, AND LORD OF LORDS.” Really, the nature of this name confirms what we learned in my previous article. It is not a beckoning but a descriptive one. This shows that the promised new names of the saints might also be thought of as the titles of the millennial offices that they would respectively occupy.
No one “knows” that name of Christ because He is the only King of kings and Lord of lords. He is the only One with the ultimate know-how to marshal the whole band of the Armies of Heaven to the kingdom reign! We do not know it, neither do we need to, except for how a portion of it will be severally written on and expressed in each of us, which is the specialised portion that we would supply to effecting His overall dominion.
Can you see it? That is exactly what He said elsewhere: “Him that overcometh will I make a pillar in the temple of my God, and he shall go no more out: and I will write upon him the name of my God, which is new Jerusalem, which cometh down out of heaven from my God: and I will write upon him my new name” (Revelation 3:12). What a language! He is speaking of the specialised place of the overcomer in the true Temple, the corporate body of the redeemed saints (the Armies of Heaven) that will reign over the promised kingdom. The believer will be “a pillar” in that Temple, through which the strength of the divine know-how in the foundation is channelled to the sustaining of the kingdom.
He says that He will write on the believer the name of His God, yet He will write on him His own name. This confirms my observation in The Academy of Heaven, that it is the fullness of God invested in Christ that He in turn severally divides among the redeemed for their kingdom duties. That is how we know a portion of His new name. It is by receiving and expressing a specialised aspect of His all-embracing capacity.
To cap it off, the Lord relates the whole thing to the New City of Jerusalem, that unique representation of the great kingdom agenda that I introduced you to in the article, In My Father’s House. It is breaking out of the skies, swooping on planet Earth! Glory to God!
Saints of God, there’s truly “a great day coming”! So keep the faith, and remain posted.
God bless you always.
In the King’s Service,
David Olagoke Olawoyin.
NB: My coming book THE COMING GLORY presents a more detailed and chronological examination of this awesome kingdom agenda of the Almighty that we have been peeping into on this site. The manuscript has been completed and I would greatly appreciate your joining me in prayer for its speedy publication.