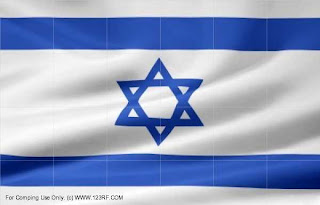 When we consider the extensive range of expertise that we have made out among the redeemed saints of the Royal Priesthood that will mediate the divine-know-how and dominate the global society of the promised earthly kingdom of the Lord Jesus Christ, it can only start us thinking of the diverse and countless organisations, institutions and establishments that it would take for them to be fully demonstrated and exploited. It also raises the question of how this huge and multifaceted activity will be managed.
To have a glimpse of my vision of what is ahead of the world along these lines, I want you to take the best establishments in every facet of human activity of the present time – in government and religion, commerce and industry, science and technology, education and human development, art and entertainment, and what else have we. Greatly upgrade the working conditions and the quality of products and services. Greatly multiply their number. Then imagine the whole thing being owned and harmoniously brought together under the banner of one super organisation with operations in every nation under the Sun!
This mega conglomerate that I am trying to develop in your mind is the global organisation into which the redeemed saints – the graduates of the Academy of Heaven – are recruited into in the promised kingdom. It is the global system in which the Lord promised His faithful followers authorities of varying degrees when He returns to the earth to set up His kingdom. It will be the global estate of Christ the King during the Millennium, an ever expanding inner wheel within the huge wheel of the new world order of that time. I said “ever expanding” because, as I elaborately bear out in my coming book THE COMING GLORY, by the time the Millennium is over and eternity is ushered in, this Royal Estate would have encompassed every square inch of the earth, bringing about the promised New Earth!
Knowing that the hub of this huge global conglomerate will be “mount Zion, the city of the great king” (Psalm 48:2), you might want to call it the “Zion Worldwide Incorporated.” That would indeed be a good idea. Nevertheless, an appreciation of its very deep and far reaching purpose relays it to me as the “Zion Worldwide Mission,” or more concisely, the “ZION MISSION”! Knowledgeable folks who perceptively read my article Jumping the Gun might be discerning something here!
Yes, the ZION MISSION. That’s my revelation of the literal name of what we have so far been calling the Armies of Heaven and the Royal Priesthood. Yes, the ZION MISSION, with an awe-inspiring “ZM” insignia that not only displaces the ubiquitous “UN” of the United Nations of today, but also the “GC” of the proposed “Global Community,” through which the revealed Antichrist will rule the world for a season.
Now let me drive it home to you. This ZION MISSION, also known as the “NEW JERUSALEM MISSION,” is the real thing. It is the real thing that has been imitated by “Mystery Babylon,” that huge global institution that not only “reigneth over the kings of the earth” and deals in “merchandise of gold, and of silver,” but also has an interest in the “souls of men”! (See Revelation 17,18.) See it? Just as John saw the Armies of Heaven shooting out of the clouds to overthrow the racket of the Antichrist in the last days of the present world order, so also did he see the New Jerusalem Mission descending from Heaven to replace the “Babylon Mission”: “And I John saw the holy city, new Jerusalem, coming down from God out of heaven, prepared as a bride adorned for her husband” (Revelation 21:2).
You just have to make sense of the symbols of the Revelation. It isn’t a literal city that will descend out of Heaven as some have amazingly supposed. As the Revelation tells us, the city is representative of “the bride, the Lamb’s wife,” which is the corporate body of the redeemed saints. It is this same corporate body of the saints, headed by Christ their King and Redeemer, that we are capturing here as the ZION MISSION, also known as the New Jerusalem Mission.
The two identified versions of the approach of the heavenly band that John saw represent the two aspects of their mission to invade and possess planet Earth. He saw them first as a band of fiery warriors that overthrow the tyranny of the Antichrist, and then as a glorious global institution that will rebuild and reinvent the devastated world that results from their confrontation with the armies of the Antichrist and the great cataclysms of that time. These two facets of the mission of the heavenly band also underscore their two-fold identity as the Armies of Heaven and the Royal Priesthood. The global system of Mystery Babylon in the last days of the present time is the idolatrous spiritual city, the prophetic “former house,” that must be razed and burnt by the Armies of Heaven in preparation for the building of the more glorious “latter house” where the Royal Priesthood will serve! Truly, “The glory of this latter house shall be greater than of the former, saith the Lord of hosts: and in this place will I give peace, saith the Lord of hosts” (Haggai 2:9).