Showing posts from March, 2022
Show all

FLYING THINGS – AIRCRAFT, MISSILES, AND ANGELS: THE OMINOUS FALLOUT AND UNMISTAKABLE WARNING OF THE RUSSIA–UKRAINE CONFLICT 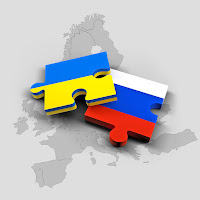 Those who are perceptively following the unprecedented sanctions the West is imposing on Russia for its invasion of Ukraine realize their terrible implications for Vladimir Putin’s country. Slowly, persistently, and mercilessly – no more merciless than the Russian advance on Ukraine has been – the rope is being tightened around the throat of the Russian economy. The lifeblood of the nation is being steadily cut off. Right before our eyes is the making of a giant North Korea – a behemoth pariah nation, a burden that may become too heavy for the world to ignore. The Flipside of the Sanctions Gratifying to the West and crippling to Russia as the sanctions may be, they have an ominous flipside for the entire world. The West is doubtless aware of this dangerous potential consequence of the sanctions and is preparing for it. The Western leaders realize that the worst kind of adversary you don’t want to take on in a high-stakes conflict is a lethally armed one with nothing to lose. I am
Post a Comment
Read more
More posts
And the kingdom and the dominion and the greatness of the kingdoms under the whole heaven shall be given to the people of the saints of the Most High; his kingdom shall be an everlasting kingdom, and all dominions shall serve and obey him (Daniel 7:27)