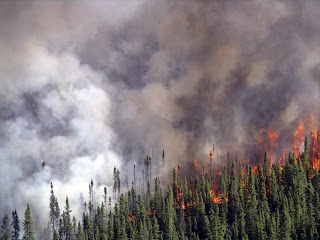 The world is in perilous times. What is happening around the world is confounding. And it’s not just in third-world countries like Sudan, Rwanda, Afghanistan, Cambodia, and other such nations we only hear about on cable news and hope never to stray into. It’s also not the seemingly never-ending Middle East conflicts, which hardly make headline news these days.

Rather, some of the world’s most advanced and enterprising countries are also passing through dire times. Recently, CNN published an article about planes in China firing rods into the sky to induce rain, with a picture of the great Yangtze River with its exposed bed consisting of cracked clay. Rain has been scarce and the crucial river is drying. Such scenes are common around the world, including along a regional river that runs by where I live.

Europe, in some ways the darling of the world, is “on fire.” Great Britain of the powerful British Empire of yore has been declared a “failed state” where “collapse is happening at light speed.” China has been diversely demystified. Russia is confused. The United States, once admired as God’s Own Country, is currently something of a parable, a byword. When a notable segment of the country denounces democracy – the same commodity the country sold around the world for decades, sometimes with a pointed gun – it does not take a social scientist to tell us something is desperately wrong in the world.

The most concerning aspect is that many are oblivious of these things, or do not grasp their full extent or implications, or are simply consumed by their personal problems and pursuits and have switched off to the world around them. “They know not, neither will they understand; they walk on in darkness: all the foundations of the earth are out of course” (Psalm 82:5, KJV). Did you hear that? The structures and apparatus that support and uphold our world and societies are literally crumbling and many are ignorant of it. Some of those who study and closely monitor these things are warning about the collapse of civilization and the end of the world as we know it. And they are not even preachers but the kind who would indict religion for a big part of the world’s troubles.

As one of such commentators, a Black lady that goes by the pen name “Marley K.,” unapologetically puts it on Medium, “The world is falling apart more and more each day to the point where it’s undeniable, and people are still watching stupid videos of folks singing, dancing, and twerking all day long, still not preparing for famine/food shortages. .. and most are still walking around clueless about the fact the powers that shouldn’t be are trying their best to starve as many of us as they can to death.” It’s interesting how closely her words chime with those of the Psalmist – “they know not, neither will they understand; they walk on in darkness.”

We’ve heard it all before

“We’ve heard all this gloom and doom talk how many times now?” some might ask. No, you haven’t. Not if you really know and understand what’s happening out there. Maybe we are not exactly at the end of civilization, but something is creeping upon the world, and short of a galactic reset (no, not the “reset” you heard about during Covid), the world and our planet may be in for it not too far down from here.

Some will still try to push it all out of their minds and reassure themselves with some securities they have. As the apostle said, “For when they say, ‘Peace and safety!’ then sudden destruction comes upon them, as labor pains upon a pregnant woman. And they shall not escape” (1 Thessalonians 5:3, NKJV). Another inspired one is simultaneously poignant and cryptic to those who think they have unassailable insurance: “Your covenant with death will be annulled, And your agreement with Sheol will not stand; When the overflowing scourge passes through, Then you will be trampled down by it” (Isaiah 28:18).

Planning for the future

Do you have a five-, ten-, or twenty-five-year plan? I do, and you should. It is the least we could do to live responsibly. However, if that is what is consuming our attention and resources, especially to the point of compromising on our once-held values or neglecting beckoning responsibilities, including to our fellow man, we may be in for a rude shock.

Our world can continue with its underlying trend of decadence and godlessness for only so long before reaping the full consequences. Things are going to get worse and they will be the result of extended wrong choices. The culmination will be what Scripture calls the “day of the LORD,” which “shall come as destruction” on the unbelieving (Joel 1:15) – “that Day,” of which Scripture warns the believing, “But take heed to yourselves, lest your hearts be weighed down with carousing, drunkenness, and cares of this life, and that Day come on you unexpectedly” (Luke 21:34).

Somewhere ahead, there will be the semblance of a solution to current global tribulations, but it will be a deceptive “peace and safety” mirage, which will seemingly vindicate the cynics and lull some into deeper slumber. It will be a deceitful remission of the global cancer before a vengeful resurgence of the malignancy (see Daniel 9:27, 11:27).

The promise of another world order

As implied, when the predicted “end” fully arrives, it will only be the end of the world and civilization as we have known it. In other words, the worsening global situation will only be as increasing birth pains that precede the emergence of new life – of another world order and civilization. That is the unfailing word of divine promise, which the believer should hold fast to as he responds to the call to re-examine himself and reorder his life and priorities in the dire times that are upon the world.

“Therefore, since all these things will be dissolved, what manner of persons ought you to be in holy conduct and godliness, looking for and hastening the coming of the day of God [that’s “that Day,” again], because of which the heavens will be dissolved, being on fire, and the elements will melt with fervent heat? [That’s where the ongoing climate change and heat waves are heading for.] NEVERTHELESS WE, ACCORDING TO HIS PROMISE, LOOK FOR NEW HEAVENS AND A NEW EARTH [a new civilization] IN WHICH RIGHTEOUSNESS DWELLS” (2 Peter 3:11-13; emphasis added).