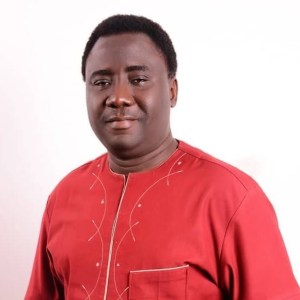 The Kingdom Herald is independently written, edited, and published by David Olawoyin, the author of the critically acclaimed book The Global Destiny People: Rediscovering the Armies of Heaven and the Biblical Promise of the Millennium.

David holds a Master of Arts in Christian Education from Southern Seminary, Louisville, KY, and will begin his doctoral studies in 2023. He writes mainly on issues of church and state, faith and science, current affairs, and the promised earthly Kingdom of God as the ultimate global game-changer.

David is on the quest for pure faith unfettered by religious traditions in a modern world with increasingly reliable scientific knowledge and many contradictions and conflicts.

He believes all truth – biblical truth, revelatory truth, religious truth, logical truth, scientific truth, and otherwise – is God’s truth and ultimately reconcilable. If the reconciliation is impossible by the different proponents, it can be attained by the clear-headed, sufficiently capable, and sincere seeker.

David seeks to establish that middle, reasonable, non-sectarian, non-partisan ground in all issues of human interest based on the recognition of God as creator, Jesus Christ as the human incarnation of God, the Holy Spirit as God’s present power in the world, and the critical admissibility of the progressive testimony of spiritual experience, faith revelation, academic research, logical thought, artistic creativity, and scientific investigation.

His primary source and ultimate rule of truth is Christian Scripture, which he regards as a providential human compilation of diverse and largely independently written but divinely inspired works, which should be sympathetically approached and holistically believed but critically studied for faithful and dependable Christian teaching and ministry.

David’s favorite Scripture verse is Psalm 27:4: “One thing have I asked of the LORD, that will I seek after: that I may dwell in the house of the LORD all the days of my life, to gaze upon the beauty of the LORD and to inquire in his temple” (ESV).

You can email him at davidolawoyin@gmail.com. If you would like to support his work, please click here. Thank you and God bless you.